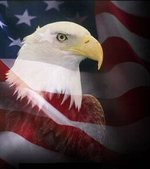 All of the candidates for U.S. House in Colorado's 7th Congressional District were invited to participate in the 'Project Vote Smart' National Political Awareness Test. It is quite revealing to see which candidates did and did not cooperated with this highly respected, civic effort to help educate Colorado voters.

This is what 'Project Vote Smart' is all about:

Here at Project Vote Smart, Americans young and old volunteer their time, take no money from special interest groups, and have committed themselves to an extraordinary effort that, if successful, will provide their fellow citizens with the tools for a reemergence of political power not known for half a century. Their idea is one you may have thought of yourself. It is a deceptively simple concept but enormously difficult to achieve and would not be possible without the collaboration of citizens willing to lay their partisan differences aside for this one crucial task.

Picture this: thousands of citizens (conservative and liberal alike) working together, spending endless hours researching the backgrounds and records of thousands of political candidates and elected officials to discover their voting records, campaign contributions, public statements, biographical data (including their work history) and evaluations of them generated by over 100 competing special interest groups. Every election these volunteers test each candidate's willingness to provide citizens with their positions on the issues they will most likely face if elected through the National Political Awareness Test (NPAT).

This is what the National Political Awareness Test provides for voters:

The National Political Awareness Test is a key component of Project Vote Smart's Voter Self-Defense system. Major leaders of the media, major parties and Project Vote Smart repetitiously ask candidates one central question: "Are you willing to tell citizens your positions on the issues you will most likely face on their behalf?" The NPAT is administered to all candidates for presidential, congressional, gubernatorial, and state legislative offices.

The National Political Awareness Test (NPAT) asks candidates which items they will support if elected. It does not ask them to indicate which items they will oppose. Through extensive research of public polling data, we discovered that voters are more concerned with what candidates would support when elected to office, not what they oppose. If a candidate does not select a response to any part or all of any question, it does not necessarily indicate that the candidate is opposed to that particular item.

Here are the links to the replies from the candidates for Congress in the 7th district -- judge then for yourselves who will be a responsive and accountable representative for the people of Colorado in the United States House of Representatives ...

Posted at 10:22 AM in Colorado 7th Congressional District | Permalink