No Getting Around It ... Tollway is a Bad Idea 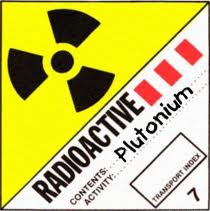 As I have posted here on this web site now for years, the so-called 'Jefferson Parkway' toll road is a bad idea ... for all and more of the reasons noted above.

Yet the governing class, the elite one percenters, the developers, the special interests, the bond dealers, consultants and contractors just keep using the power of government to try and finagle a way for this boondoggle to be built.

Perhaps the courts will ultimately side with the regular folks and put the final kibosh on this bad idea. Perhaps. 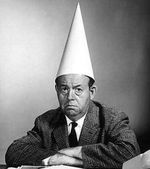 How foolish would you have to be to vote for more money for Colorado public schools?

Two front page news stories in today's Sunday Denver Post highlight how discredited are the present 'reform' policies that have been running our public schools for the past twenty years. The first report describes on how our money is wasted and funneled into the pockets of cronies of the education-consultant-testing-complex. The second article once again brings attention to the incompetence of school administrators and state legislators.

Let me state this clearly: while we need federal and state revenue raising power to ensure that all schools are equally funded, we must have learning and teaching that is enabled from the bottom, up. Politicians, educrats and meddling billionaires should be told to take their "we know what's best for you" philosophy somewhere else. Our public schools need to empower students and parents to direct teachers to teach in the classroom. A minimal administration should protect teachers' freedom to teach and be an advocate for students, parents and teachers -- not their enemy as is too often now the case. Local elected school boards should be solely responsible for setting education policy that represents the values and standards of their constituents (as long as all Constitutional protections are guaranteed).

Unfortunately, as we have seen in the case of the federal 'No Child Left Behind' law and the micromanaging by the Colorado state legislature, we are stuck with a testing regimen, for instance, that hardly any parent or teacher ever wanted, with increasingly nationalized curriculum and 'standards' that defy what most parents and teachers ever wanted, and idiot zero-tolerance rules that make students and parents the victims of bullying administrators and 'do-gooding' state lawmakers.

So, why would anyone except the toadies of this kind of corporatized education policy ever vote to increase our taxes to keep fund this discredited public education debacle?

Education 'reform' in Colorado is still a failure.

Last week the Denver Post headlined this report: More Colorado graduates than ever not ready for college. It is about as bottom-line as you can get ... after thirteen years of 'education reform' in public schools, almost a third of Colorado high school graduates are not even ready for college freshman English or math.

Yet despite evidence that the Bush-Spellings-Obama-Duncan-Romer-Owens-Ritter-Hickenlooper corporatized 'standards-based' accountability and charter education philosophy is such an obvious failure, you can still count on elite "we know what's best for you" representatives of the corporate governing class to defend the status quo. Here is a link to an opinion column published in yesterday's Denver Post:

Too many students are graduating from Colorado high schools without the skills or knowledge to succeed in college.

We are coming up on two decades of the so-called "reform" movement being the prime directing policy in public education.

Fourteen years of CSAP testing, of 'accountability' and 'standards' and quasi-privatization through charter schools has gotten us this: FAILURE.

Van Schoales and Barbara O'Brien apparently cannot face-up to the abject failure of the educational policies they (with the help of billionaires like Gates and Broad) have pushed upon the citizens and students of Colorado. They pat themselves on their backs for having "developed nationally recognized data systems that track a student's academic growth over time" ... but that just highlights how clueless they are about what real learning is all about. Real education for individual students is not about data and testing and tracking.

The fact that high school graduates must go through remediation to be prepared for the freshman year at college is a bonfire of evidence that their formula is wrong. Their notions for fixing the problem are predictably to double-down on more of the same, as they say themselves "a renewed emphasis on higher standards and accountability." (Get ready for the "we need more money" pitch soon to follow.)

What we need is a genuine revolution in public education. We need to stop degrading the teacher, put them back in charge and allow them the freedom to teach in their classrooms. We need to empower neighborhood schools and local school boards to decide how to educate the children in their charge -- in other words, tell the federal and state government educrats to take a hike. We need to stop the maniacal obsession with the idea that ALL students must go to college -- there are many, many alternative avenues for our young people besides taking on thousands of dollars of debt to get a degree that may not even provide them with a marketable skill. We need to stem the flow of public and private dollars into charter schools that cherry-pick students and still do not adequately educate students -- all public schools should have access to the same resources.

The bottom-line is that twelve years of school ought to be enough time to prepare the vast majority of students to live in the real world and to be prepared for whatever next step they chose to take. The "reform" status quo as defended by Schoales and O'Brien in this editorial has failed miserably on this score. It is time to throw it out and start again with a program of common sense and focused on learning, learning, learning -- not on data, tracking and testing. 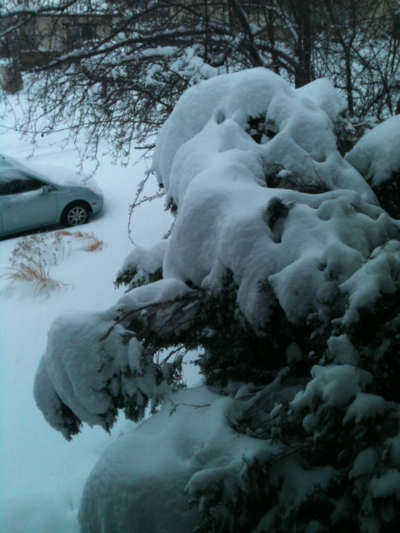