Tollway is a Bygone Concept 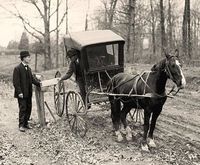 This article was published in the print edition of YourHub.com for Wheat Ridge, Arvada and Westminster on Thursday, March 29, 2012.

The dreams of a bygone era still flicker in the myopic eyes of the Arvada city council, the Jefferson County Commissioners and a few assorted developers and corporate special interests ... they long for the receding 20th century view of suburban sprawl and a dark brown cloud cuddled-up against the Rocky Mountain foothills.

Those members of the governing class and elite one percenters still cling to the notion that building a tollway from nowhere-to-nowhere will spur the development of the Candelas housing project west of Arvada proper and on the southern edge of the old Rocky Flats nuclear weapons trigger manufacturing facility.

With gasoline pushing to four dollars-plus a gallon and likely never to fall again to much below $3.00 (unless the whole economy collapses), with high underemployment and unemployment persisting, with government at all levels corrupted by insiders and campaign 'bribery', and with government tax revenues stagnant -- the necessity of a so-called 'public-private partnership' to construct a tollway in the northwest region of the metro area is more and more distant.

Of course, greed knows no constraint to the governing elite when the prospect of taxpayer's money and guarantees are the collateral for private gain as is true in the case of the tollway scheme aka the 'Jefferson Parkway'.

An article in the 'Perspective' section of the Sunday Denver Post for March 18, 2012, inspires me to revisit the tollway issue and remind folks just how antiquated has become this idea. Building a new 'fee per trip' highway that doesn't connect to the Broomfield tollway or to C-470 is not only old fashioned in light of our new economic realities, it doesn't even make sense when we are becoming more oriented towards alternative, more efficient and environmentally practical modes of transportation.

While the essay linked to here by Neal Peirce discusses highways in the context of urban settings, the thoughts are applicable to any grandiose plans for new concrete and asphalt projects.

Unfortunately our elected officials in Jefferson County and Arvada have their feet firmly planted in the past (and in received and future campaign contributions from developers). We need a new vision and change -- whether we get it or not depends upon what you are willing to do to push our communities bravely into the rest of the 21st century.

Will the 20th century's urban freeway legacy — interstate roads cutting huge swaths through American cities — be reversed in the 21st? ...

The Philadelphia case was the center of a February forum, organized by Diana Lind, founder-leader of the Next American City organization, featuring presentations by highway removal experts from New York, Providence and Denver [planning director Peter Park]. "What's to say the highway system of the future must be as it was planned 50 years ago?" Lind asked. "The highway doesn't pay taxes. It doesn't create economic opportunity." ...

What's easily forgotten is how the deep gashes in America's city fabric occurred. The highway planners of 1950s and '60s seemed unfazed by pushing massive highways straight through cities, devastating minority neighborhoods as well as cutting off waterfronts.

Yet, as some of the intrusive roadways have collapsed, they've actually triggered amazingly rapid recovery and new prosperity. The collapse of a chunk of New York City's elevated West Side Highway in 1973 didn't, for example, cause the traffic Armageddon anticipated. As Streetsblog founder Aaron Naparstek noted at the Philadelphia Forum, substitution of a ground-level, more modest urban boulevard "has made some of Lower Manhattan into some of the world's most valuable real estate." ...

What's clear is that if citizens want less freeway-dominated cities, they'll have to wage multiyear campaigns, with constant organizing, pressure on city and state agencies, plus their own city halls, to think afresh. What may give them hope are the rich advantages — in livability, quality of life and fast-rising tax yields for hard-pressed city treasuries — that the forerunner freeway demolition sites have demonstrated.

How dare the CU Regents and President Benson even think about raising tuitions for students.

In fact, it looks like it is time for an investigation and third-party audit of the University of Colorado.

Listen to Limbaugh's words -- the trouble he is in is because of much, much more that the use of just two words. Media Matters has extracted a three day timeline of all of Limbaugh's ignorant and cruel attacks.

Two days ago I posted on Earthside.com my commentary on the Limbaugh controversy: Limbaugh: Ignorance and Purposeful Ignorance.

Since then Limbaugh has issued what he and the mainstream media are calling an 'apology'. The word "apologize" may be used, but the statement is not an apology -- it is a public relations spin tactic to take a little of the heat off Limbaugh for a misuse of the people's air waves.

Limbaugh uses the bulk of his three paragraph 'apology' to continue the attack and to keep misinforming (lying) about the substance of the issue. The whole point of the Obama health care regulation is the responsibility of private religious insurers to provide coverage for women's contraception -- in this case, it is not about taxpayers at all! But Limbaugh and the radical right never let facts get in the way of good propaganda, so, they push the deception anyway.

For the benefit of Denver and Colorado citizens, here is information about Limbaugh's local radio lair. We need to let KOA know that we want decency in broadcasting, that we will not accept the 'politically correct' notion that Limbaugh cannot be touched, that words do have consequences, that editorial control applies to Limbaugh the same way Clear Channel (owner of KOA) applied editorial control to the Dixie Chicks in 2003.

Here is the Limbaugh show page on the KOA web site:
http://www.850koa.com/cc-common/rushlimbaugh/

Here is the list of all KOA radio advertisers:
http://www.850koa.com/pages/advertisers.html

Here is the email for the Sales Director:
RosemaryBennett@clearchannel.com

Who, Me? Limbaugh Regrets Not Slurring American Women With a Better Euphemism for Slut | Amanda Marcotte/CommonDreams.org

It's That Time Again: Opt Out of High Stakes Testing

'Opt Out' of CSAP/CTAP testing letters available at the Coalition for Better Education.

Do what is best for your student ... stop enabling the politicians.