Your Library: A Community Enrichment 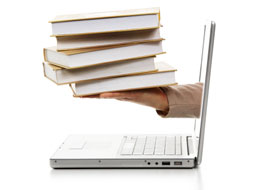 In an era that many call the "Information Age" -- the public library is an essential ingredient to knowledge, news, data and entertainment in our local communities.

Because of adverse economic conditions, financial stress has been visited upon many library systems around the nation ... these are the times, however, when the library is called on for even more support.

Jobs are found and applied for in 21st century America on the internet; libraries provide computer access for those who may not be able to afford their own cyber household. Even for those employed or retired with their personal laptop or tablet, library web sites are rich sources of information for a myriad of needs.

Then, of course, there are still books for children and adults ... the joy of learning and reading for knowledge and entertainment.

This is a plea to support your local library -- it is an vital part of what makes neighborhoods, communities and cities civil and survivable.

While the War on Women and Chick-fil-A might be getting all the juicy headlines lately, there’s another issue quietly smoldering in the background noise of this election season. It’s buried under all the campaign rhetoric and doom-and-gloom forecasts about the economy.

Our public libraries are not just threatened this election season. They’re fighting for their lives — and with them, the livelihoods and well-being of hard-hit communities all over the country. Library districts in California, Illinois, Ohio, Nevada, Texas, Washington, and more have measures or proposals to slash budgets in 2012. California alone is looking at 50% budget cuts. Where I live, the library district is facing a 30% budget cut, which will close at least two branches. According to the American Library Association, 23 states are looking to cut library budgets in the most recent fiscal year.

But I have yet to see a demonstration to save the libraries. Or read national news coverage about the potential collapse of one society’s most valuable resources. Indeed, it wasn’t by accident that our nation’s founding fathers established the first American lending library.

But the truth is that the state of our public libraries is a kind of litmus test of not only our economic health but that of our democracy, too. After all, libraries are the free, democratization of education, unbiased research, and uncensored enlightenment.

It was President John F. Kennedy who made this plea for the sanctity of our libraries:

If this nation is to be wise as well as strong, if we are to achieve our destiny, then we need more new ideas for more wise men reading more good books in more public libraries. These libraries should be open to all except the censor. We must know all the facts and hear all the alternatives and listen to all the criticisms. Let us welcome controversial books and controversial authors. For the Bill of Rights is the guardian of our security as well as our liberty.

Here are some reasons why our libraries are still the place where we as a nation will achieve our destiny:

These days, there are a lot of people talking about how nobody reads anymore. But that’s just wrong. People are reading ALL THE TIME. People are on Facebook, on Wikipedia, on blogs… They are using e-readers to read virtual copies of books. They are downloading newspapers to their tablet devices. People still read. And people read books — with pages and paper and bindings — too. But the fact is, there’s all kinds of other stuff besides books that libraries do for people in our community every day. Book programs for shut-ins. After-school and summer programs for youth. Did I mention toddler story time?

But more than that, it may just be the last free space that is truly free and there for everyone — homeless, young, old, rich, poor, and any race under the sun. We are all welcome there. We are all equal there.

Doesn’t that seem like a space too valuable to lose?

Posted at 08:43 AM in Current Affairs, Issues-Education | Permalink | Comments (0)