I have created a new web site to explore the issues surrounding the proposal for a Walmart Superstore to be constructed at 58th Avenue and Independence Street in Arvada.

How many Walmarts do we need? There are already three Walmarts within four miles of the Arvada Triangle (58th and Independence) -- the proposed location of yet another boring, generic, traffic-snarling Walmart. Can't we do better than that? And don't we owe it to the residents of the Olde Town area to try? Who wants a Walmart in their backyard? Having access to Walmart via the three on or near Sheridan is alright by me, we don't need to invite one into the heart of our town.

The charm of Olde Town Arvada with its unique independent businesses and sense of community is big part of why many of us love living here. If I wanted a big-box, chain-ridden, pop-up, and hollow town there are plenty to choose from all around the front range. We live in, moved to, and/or choose to stay in Arvada because it is ARVADA! It is a wonderful and authentic town. Keep Arvada Arvada please! Development yes, Walmart no.

"Public hearing dates for Walmart have not been set yet because as of Feb. 8 Walmart had not submitted an application."

Those who want to preserve our quality Arvada community and neighborhoods -- and our local small businesses -- should express opposition to this Wal-Mart Superstore plan as loudly and as frequently as possible right now. The power elites in Arvada may already have visions of new tax revenue to spend, however, an organized opposition to this plan might be able to communicate to Wal-Mart executives that this kind of store at this location would not be a positive part of our community.

“We’re very early in this process, so there will be a lot of opportunities for (residents) to provide feedback,” said Josh Phair, the director of Public Affairs and Government Relations for the Mountain Division of Wal-Mart Corporation. “We really want to make sure this is a store of the community and for the community.”

Wal-Mart has yet to file an application with the city. Once the application is received, there will be public hearings with the Planning Commission and Arvada City Council before a decision is made.

Here are mirror posts from the 'Quality Arvada' page on Facebook.
http://www.facebook.com/QualityArvada 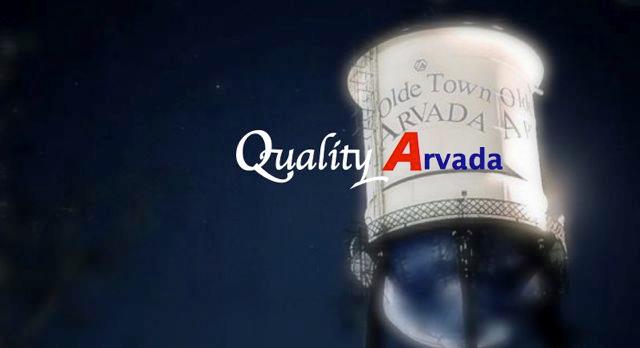 Remember this battle to preserve quality Arvada life in 2003-04? What will Arvada government give away this time in order to fulfill their dream of a Wal-Mart superstore in the our town?

Letter-to-the-Editor in today's Boulder Daily Camera about the 'real' cost of Wal-Mart items.

Arvada consumers should understand that a Wal-Mart superstore in the heart of our town may ultimately mean less choice ... and an end to the option of shopping at neighborhood King Soopers and Safeway.

Arvada will be the loser as the result of a Wal-Mart superstore --- local, small businesses and civic organizations BEWARE!

"... Wal-Mart’s negative effect on social capital is partly a result of its impact on locally owned businesses. Wal-Mart harms not only local retailers, but also a wide variety of other businesses and professionals that serve local retailers, such as banks and accountants. When they disappear, the economists write, “the social capital they embody is destroyed, and their entrepreneurial skills and other forms of location-specific human capital are forever lost to the community.”

Wal-Mart will probably claim that they will bring lots of jobs to its proposed Arvada superstore. But how many jobs will be lost if Safeway and Kmart and dozens of other businesses in the central area of Arvada are driven out by Wal-Mart? And will the Arvada Wal-Mart jobs be subsidized by food stamps and Medicaid ... as are a lot of Wal-Mart jobs?

The Most Addictive Infographic About Walmart's Greed We've Ever Seen

'Corporate welfare' from local governments to Wal-Mart happens all the time. What will Wal-Mart want from Arvada taxpayers to build their superstore here?

Wal-Mart Subsidy Watch - brought to you by Good Jobs First

Start thinking about all the small businesses in Old Town, at 64th and Simms/Ward ... and in the Arvada Triangle area ... how many will survive Super Wal-Mart?

What Happens to Small Businesses When Walmart Moves In? | Institute for Local Self-Reliance

Letter to the Editor: Neighborhood given no say on future Arvada Walmart | YourHub.com