Vote for Weisfield Today for Arvada Fire Board


Two newcomers and one incumbent have unofficially won spots on the five-member Arvada Fire Protection District Board of Directors.

Votes are still being counted for the 10 candidates, but as of Wednesday morning incumbent Matt Kramer had 686 votes, Jeff Van Es had 516 and Bob Loveridge had 462.

Arvada Fire Protection District board of directors balloting is today! 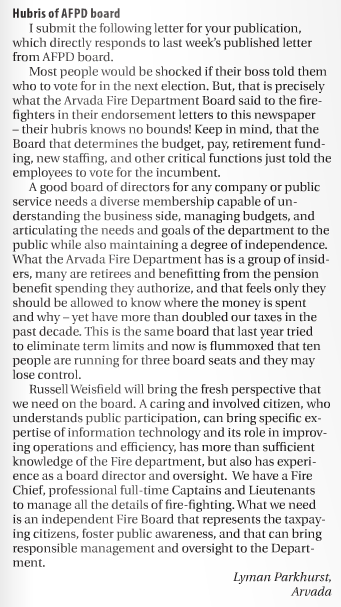 This letter the subject of the previous post: Blatant Cronyism Screams Need for New Arvada Fire Board! 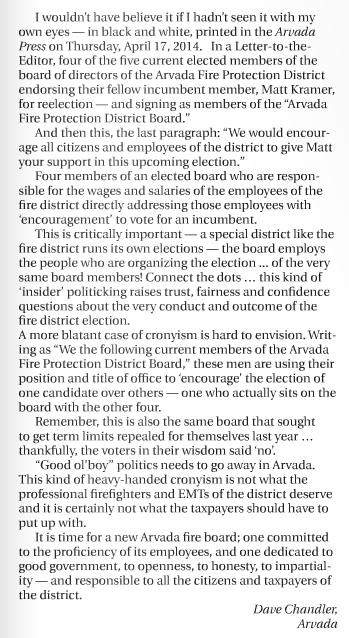