The Political Failure of Clintonism and Our Perilous Future 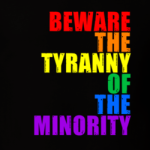 Hillary Clinton's campaign spent twice as much as Trump's ... yet the bragging, boorish, self-aggrandizing 'billionaire' was able to successfully paint Hillary as the out-of-touch elitist.

That's how bad was the candidacy and campaign of Hillary Clinton.

So, what happened? Below is a link to and some excerpts from an article by Thomas Frank that fairly succinctly explains why Clinton lost where it counted (in the Rust Belt states) and why the Democratic Party is in big, big trouble.

Make no mistake, while Donald Trump may take the presidential oath of office in January 2017, the republic is also in seriously big trouble in light of Clinton winning the most votes by at least 2.5 million. In a democratic republic where the people are sovereign (that's the small 'd' democratic part), when the person who gets the most votes loses, there are fundamental problems with the system. While the form of our republic may be to protect the rights of political minorities, it is also meant to ensure the concept of majority rule. In a very real sense, as a nation we are skating dangerously close to a genuine tyranny of the minority; we ignore the significance of the popular vote results at our own peril.

Clinton's failure and Trump's triumph also highlights the increasing disconnect between America's governing class and everyone else. Hillary Clinton had no persuasive message for working folks feeling the distress of stagnant wages, while Trump the huckster had 'the talk', but has already demonstrated with his cabinet picks thus far that he is a supreme plutocrat.

How this sad situation has developed in a United States once proud of a strong and prosperous middle class can be explored in two very good and powerful books that I heartily recommend:

“Winner-Take-All Politics: How Washington Made the Rich Richer—and Turned Its Back on the Middle Class" by Jacob S. Hacker and Paul Pierson, and

There are mega-earthquake faults in this country now that portend extreme danger: radical wealth inequality has the potential to rip apart the economy and impoverish middle America; and a dysfunctional democracy where minority rule can undercut and erode government legitimacy and credibility.

I opposed these major party candidates for President for similar reasons: both were, in my estimation, clueless to the plight of middle/working class Americans. If Clinton had been elected I would have opposed her when she proposed policies that favored the already rich and powerful. Likewise I will do whatever little I can to thwart Trump and his plutocratic-oligarchic cronyism and his disdain for individual liberty.

There are always rules that govern how a society and an economy function, they can prefer the very small slice that already have wealth and power; or they can help the vast majority in the working middle ... the American ideal as expressed by Thomas Jefferson is excerpted letter below. Trump and the Republican majorities in Congress are already giving strong indications that they are anxious to put their thumb on the side of the scale that favors the one percent of the one percent.

Despite Trump's populist rhetoric, he is a radical elitist and a plutocrat of the highest magnitude. It is critical that all good, patriotic Americans not be fooled by artful salesmanship and deliberate distraction -- watch what Trump and his fellow plutocrats do, not what they say.

It is your prosperity, your freedom, and the fate of our democratic republic, itself, that is on the line.

How the Democrats could win again, if they wanted
Thomas Frank/The Guardian - November 29, 2016

Instead of winning, the pragmatists delivered Democrats to the worst situation they’ve been in for many decades, with control of no branch of the federal government and only a handful of state legislatures. Over the years, and at the behest of this faction, Democrats gave up what they stood for piece by piece and what they have to show for it now is nothing. ...

But the media and political establishments, I suspect, will have none of it. They may hate Donald Trump, but they hate economic populism much more. If history is a guide, they will embrace any sophistry to ensure that the Democrats do not take the steps required to broaden their appeal to working-class voters. They will remind everyone that Clinton didn’t really lose. Alternately, they will blame Sanders for her loss. They will decide that working-class people cannot be reasoned with and so it is pointless to try. They will declare – are already declaring – that any Democratic effort to win over working-class voters is a capitulation to racism. Better to lose future elections than to compete for the votes of those who spurned their beloved Clinton. ...

... the real swing voters are the working people who over the years have switched their loyalty from the Democrats to Trump’s Republicans. Their views are pretty much the reverse of the standard model. On certain matters they are open to conservative blandishments; on economic issues, however, they are pretty far to the left. They don’t admire free trade or balanced budgets or entitlement reform – the signature issues of centrism – they hate those things. And if Democrats want to reach them, they will have to turn away from the so-called center and back to the economic left. ...

Today Democrats are wondering what went wrong, but before too many fundraising dinners have been digested they will have concluded they don’t need to worry, that demographics will bail them out sooner or later, and that the right and noble course of action is to proceed as before.

This will happen because what leading liberals cannot understand – what they are psychologically blocked from understanding – is that the problem isn’t really the white working class. The problem is them.

Let me explain what I mean by reminding you what this form of liberalism looks like. Somewhere in a sunny corner of the country, either right now or very shortly, a group of tech tycoons or well-meaning private equity investors will meet to discuss what went wrong in this election cycle. They will consider many things: the sexism and racism of Trump voters, the fundamental foreignness of the flyover, the problems one encounters when dealing with evangelicals. They will celebrate some activist they learned about from NPR, they will enjoy some certified artisanal cuisine, they will hand out prizes to the same people that got prizes at the last event they attended, and they will go back to their comfortable rooms at the resort and sleep ever so soundly.

These people think they know what liberalism includes and what it doesn’t include. And in the latter category fall the concerns that made up the heart and soul of liberal politics a few decades ago: labor and work and exploitation and economic equality. ...

“We have no paupers ... The great mass of our population is of laborers; our rich, who can live without labor, either manual or professional, being few, and of moderate wealth. Most of the laboring class possess property, cultivate their own lands, have families, and from the demand for their labor are enabled to exact from the rich and the competent such prices as enable them to be fed abundantly, clothed above mere decency, to labor moderately and raise their families. . . . The wealthy, on the other hand, and those at their ease, know nothing of what the Europeans call luxury. They have only somewhat more of the comforts and decencies of life than those who furnish them. Can any condition of society be more desirable than this?”