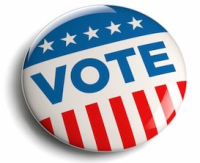 There is one vote that I am going to cast most affirmatively in this year’s Arvada city council election: Jim Whitfield for the at-large position.
Having been a candidate myself in the past and as a recognized longtime activist for open, accountable, and fiscally responsible municipal government, it is my opinion that Jim Whitfield, if elected, has the requisite experience, intelligence, and judgement to further these values which are necessary for the better future of Arvada.
Sadly, the $30 Land Deal, the lack of transparency and accountability at the Arvada Urban Renewal Authority; the deficit of responsiveness by many current city council members on these issues, has of late sullied Arvada’s reputation. It is time for a recommitment in our community to democratic principles and to government of, by, and for the people. The voters have an opportunity to begin righting the direction of Arvada City Hall by electing Whitfield.
Jim Whitfield, having served on the Apex board is experienced, not always an advantage these days, yet I have found him to be independent and analytically-minded. I have seen him listening to Arvadans, not just as a campaign tactic, but to genuinely learn and understand the views of city residents and business-owners. I believe that with Whitfield on the council, we will begin to see more questioning of policy and a demand for answers that will benefit the taxpayers. It cannot be acceptable anymore that city council responses to citizens’ concerns be essentially,  “Well, that’s the way we’ve always done it and that’s good enough.”
The other candidates running for the at-large seat are to be commended for their interest in our community, a couple of them have bold and innovative positions on issues that I really like. But politics is also the ‘art of the possible’ and in my estimation we will make greater progress in bringing more openness, accountability, fiscal restraint, and democracy to Arvada with the election of Jim Whitfield.
https://jim-whitfield.com