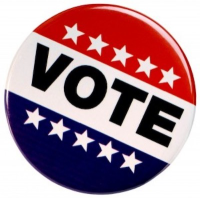 I've been a registered Unaffiliated, independent voter for most of the past quarter century. I am not ideological in my votes, I tend to be practical. I am not anti-government, but I retain what I think is a healthy skepticism about what entrenched, established officials will do for taxpayers and citizens -- versus what they will do for big campaign contributors and special interests.

It is a long ballot this year ... I haven't addressed all of the questions, issues, and candidates that will appear, but most are here.

Here is a .pdf sample ballot for Jefferson County that contains all of the offices and the ballot titles on all of the questions: Download Sample Ballot_2018_General_Election FINAL

I support the arguments of Arvada for All the People on this question. However, even after questioning the City Manager and getting a non-response response from my district city council representative, there is no answer to why a very expensive underpass on 72nd Avenue at the Union Pacific tracks is necessary; a four lane at-grade crossing would surely do. Remember, this is the city council of the $30 Land Deal and of the attempt to raise our sales taxes last election – I simply don't trust their judgement on matters like this.

Furthermore, the pro-3F committee is the same as the sales tax hike committee of two years ago. I find this kind of politics suspect … only the names have been changed to protect the guilty.

Arvada for All the People recommends a 'no' vote. I concur.

I will vote for this because teachers should be paid more … it isn't their fault that the Standardized Testing regimen is still in place. (See below my comment on the statewide tax increase for public school, Amendment 73.)

The politicians and elected officials in this state and in the various counties and school districts will not make the hard decisions; they think they can fool average folks into bailing them out for their lame decisions.

Two years ago I voted for a good mix of Democrats, Republicans, and Libertarians – this year my choices trend to be Democratic. This is not necessarily because of a preference for a lot of their positions on issues, but because the Republican Party has tragically been captured by churlish radicals. I find that the Republican Party -- especially since 2016 -- is not very conservative  like the kind of respectable, rationale conservatism I witnessed growing up in Wyoming back in the 1970s. The GOP is now mostly composed of right-wing reactionaries. Unfortunately in our rigid two party system one isn't given many options to express disapproval of one party or the other. But I disapprove of the 2018 Republicans.

I am not an enthusiastic voter for Polis because I dislike super wealthy, self-funding candidates; they contribute to the corrupt system of campaign finance that has developed in this country. That said Walker Stapleton is touting a Trump endorsement, has shown himself an inept candidate, and he seems bereft of any visionary ideas for Colorado.

Not my state house district, but the other half of Arvada – Vicki is honest and forthright. She has been an active part of our community and serves capably on the Apex board. I think she will make a good representative for Arvada. Vicki Pyne is a Republican.

My state house district. Tracy is a good legislator … and everybody knows it.

Bob Wilson is not the reformer we need at RTD. Nevertheless, I believe he is genuinely dedicated to mass transit for the sake of the public good. Conversely, Shelley Cook has been and is still all about public transit as a facilitator for more development. If Cook gets elected to the RTD board the status quo gets a boost – and that means continuing dysfunction at RTD.

Brad Evans is the kind of reformer we need on the RTD board. I can't vote for Brad since this is a Lakewood district, but RTD and the taxpayers will be better off with his participation on the board.

I am still in the mode that Republicans should be denied Jefferson County offices — they are still perpetuating the worst kind of cynical and manipulative politics to hold onto power. This time County Commissioner Don Rossier resigned early (November 2017) so that Tina Francone could run as an incumbent.

In my opinion, the musical chairs, term limit evading game they have played with Faye Griffin, resignations, and appointments is just plain corrupt.
Vote the Republicans out.

Faye Griffin should be the poster child for the term limits movement in Colorado.

I vowed to myself not to vote for any tax increases for schools as long as the failed Accountability-Standardized Testing-No Child Left Behind-Race to the Top policies are in effect. I’m sticking with my promise to myself. No matter who you elect, if you keep giving them more money nothing is ever going to change.

I am indeed a critic of Arvada City Hall's development agenda -- I am for smarter, wiser, and more responsible growth. Nevertheless, Amendment 74 could very well strip away virtually all the safeguards that local control gives us to make decisions about how our city progresses. A big 'No!' on this proposal.

Hike the most regressive tax?
Sorry, no.

Working and poor Coloradans shouldn't be dunned to support much of the increase in traffic congestions while land speculators, residential and commercial developers contribute little directly to mitigating the problem.

I understand that the oil and gas exploration companies can now drill horizontally up to a mile away. So why do they need to set-up rigs next to where people live and do business? And ... if there really are hundreds of years of natural gas reserves, why is it seemingly all underneath towns and cities?