'Our House is Burning'

"Our house is burning. Literally.
The Amazon rain forest – the lungs which produces 20% of our planet's oxygen – is on fire."

The deleterious effects of anthropogenic global warming have never been more starkly witnessed before our very eyes than they have this summer of 2019. Fires in Alaska; dramatic ice cap melting in Greenland; ice shelf deterioration in the Antarctic; hottest July temperatures ever recorded ... now the fires in the Amazon.

It is part of human survival tactics to think that tomorrow is pretty much going to be just like today; we couldn't provide for ourselves if we operated in perpetual crisis mode. Yet, it is a fact of existence that change is always happening, usually slowly for the human lifespan, but occasionally there are catastrophes, sometimes natural, sometimes caused by us. The 2004 tsunami was a natural occurring event ... World War 2 was solely a disaster of human origins.

Anthropogenic global warming is definitionally "human caused"; we are doing this to ourselves and we are doing it rapidly and even now accelerating the warming. 'Our' global warming an effect of the Industrial Revolution, of our discovery of how to burn millions of years of solar energy stored in the form of fossil fuels in just 200 years. There is no such thing as a free lunch, common sense tells us that there will be consequences to such a prodigious release of carbon into the atmosphere in such a short period of time.

And now the effects are closing in on us.

The timeframe in which we can mitigate the effects of global warming as individuals or even communities is passing by. We are going to have to act as a species, as humans upon the Earth, together.

Agitate and vote.
Only mutual action enacted on state, national, and international levels will help us now.

Carlos Nobre, a senior researcher with the Institute of Advanced Studies at the University of São Paulo, said the surge in deforestation was taking the rainforest closer to a tipping point beyond which swaths of the usually humid forest would become a dry savannah, with dire consequences for the climate, wildlife and forest dwellers. ...

Nobre co-authored a study last year that predicted the southern, eastern and central regions of the Amazon would reach an irreversible stage of degradation once 20%-25% of the forest was cleared. This was not expected for 20-25 years, but Nobre said the tipping point was likely to be brought forward by about five years if this year’s rate of forest destruction continued.

In Bolsonaro’s burning Brazilian Amazon, all our futures are being consumed
Eliane Brum, The Guardian - August 23, 2019

The Brazilian fires provide an example of how quickly politics can potentially affect the world environment and humankind's immediate future.

This is serious.
There isn't going to be an adaptability option for humans and many other species of life if the current pace of warming continues. I still hear this notion expressed from some deniers ... "We'll adapt." But has been pointed out many times before, the problem is the rapid rate of warming, that is what makes this episode of climate change unprecedented and so dangerous for us.

Will I be able to tell when we’ve reached a climate tipping point?
Eve Andrews, Grist - August 15, 2019

Simply put, a climate “tipping point” would mean that an ecosystem or social system has reached a degree of change that results in a new state of reality. That kind of milestone is the result of “feedback loops” — some kind of mechanism that causes change to compound on itself, like melting sea ice creating more water that melts more ice. The system could become so transformed that the rules governing it would be fundamentally changed: “Hundred-year storms” become regular occurrences, temperatures across the U.S. regularly exceed the current National Weather Service heat index range, and a delta becomes a gulf.

That is a new world for which humans are not currently ready. We are barely able to wrap our heads around the ecosystem changes going on right now. But pretending we don’t understand what’s going on isn’t going to make the situation any better, so we might as well get into what kinds of apocalyptic predictions pave the path of climate inaction. ...

The “tipping point” that I believe we should look out for is the one at which we have no idea what’s coming, and we can’t possibly prepare for it. And make no mistake, some communities are already reaching something very close to that reality. We’re currently at 1 degree C of warming, but barring some swift and comprehensive change, our business-as-usual policies and practices have us on track for as much as 3.5 degrees C.

First, climate skeptics and deniers have often accused scientists of exaggerating the threat of climate change, but the evidence shows that not only have they not exaggerated, they have underestimated. This is important for the interpretation of the scientific evidence, for the defense of the integrity of climate science, and for public comprehension of the urgency of the climate issue. Second, objectivity is an essential ideal in scientific work, so if we have evidence that findings are biased in any direction—towards alarmism or complacency—this should concern us. We should seek to identify the sources of that bias and correct them if we can. 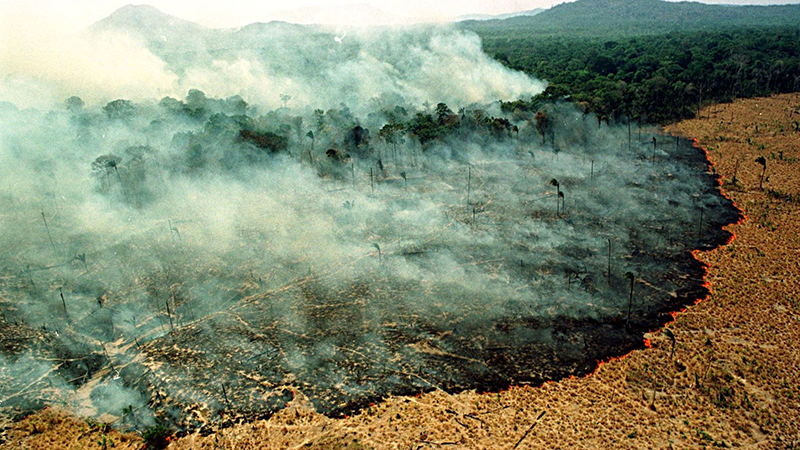